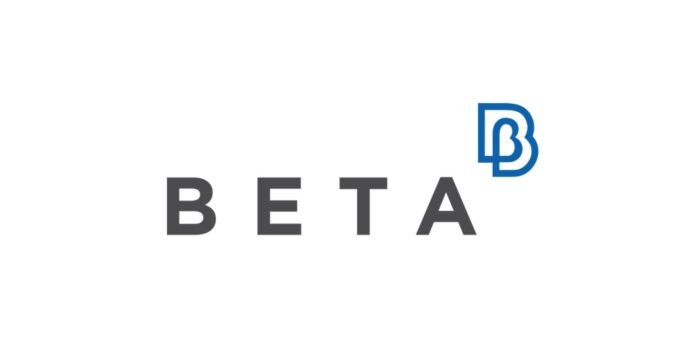 LUCERNE, Switzerland, Nov 19, 2022 – BETA CAE Systems announces the release of SPDRM v1.7.2. This version delivers a number of enhancements and fixes to the users of the most advanced Simulation Process Data and Resources Management software.

The most important enhancements and fixes are listed below.

From now on, any Additional Attributes assigned to a simple file are automatically inherited when the file overwritten.

It is now possible for authorized users to get the “Last Seen” attribute for a user through the “um.getUserProfileInfo” script function.

The role of the active users is now available as an extra column in the “Logged In Users” window.

The new web service “Remote files not in local site” has been introduced in the “integrity” tab of the SPDRM Admin page. It can be used to identify files, which have been saved through a remote site, but for some reason (e.g. network disruption) failed to be transferred to the main site.

The new boolean key “preserveDMACL” has been introduced in taxis.conf to support the need of preserving the existing ACLs of a file after the file is overwritten. If the key is omitted the ACLs are initialized during overwriting a file (default).

From now on, environment variables can be used for the parametric definition of paths in SPDRM Server and Client configuration files (i.e. taxis.conf, taxisprops.xml.linux, taxisprops.xml.windows).

An error could occur while trying to access the Pedigree of a Subsystem with Iteration (or any other versioning property) bigger than 1.

A validation has been added on the Create new object card, so that the Conditional Attributes rules defined in the data model are respected.

Fixed the issue where a manual link would be stored as history link in SPDRM, when a new subsystem with slightly different primary keys from its predecessor (e.g. different file type, or team) would be saved through ANSA. In addition, the “Correct invalid history links” web service is provided through the “migration” tab of the SPDRM Admin page, to fix any invalid history links that may have been stored in SPDRM due to this bug.

During data migration using the DM Import function, all non-STRING (e.g. FLOAT, ATTACHED_FILE) additional attributes would be stored as STRING in the target environment.

In some cases the DM Import operation would fail to import all data to the target environment but would return a success signal.

The Process Instance List would fail to launch properly on Oracle-based SPDRM environments.

It is now possible to set specific ACLs for Nodes or Inner Workflows (sub-processes), through the “Privileges” context menu option on the Process Library.

Under certain circumstances, some observer nodes would be re-executed instead of resumed. As a consequence already submitted jobs would be re-submitted, due to re-execution of their pre-run script.

The function “dm.getDMItemAdditionalAttributes” would fail to return the additional attributes of a rich library item.

It was not possible to delete past executions of hanging scheduled jobs (i.e. Execution State=RUNNING).

During the creation of a new role, the system would partially fail to properly copy/inherit the ACLs from the “source” (existing) role to the “target” (new) one, when the option “Apply privileges of role” was used. To fix any missing ACLs that may have been caused due to this bug, a new web service named “Copy ACL” is provided through the “migration” tab of the SPDRM Admin page, to trigger the copy of ACLs on demand, from a “source” to a “target” role.

A user would be able to access the Properties/Attributes of part instances, through the GUI (i.e. Contents tab of Subsystem), although he/she lacks the required permissions.

An error could occur on Oracle-based SPDRM server when trying to massively set privileges on large number of items (i.e. more than 1000 entities), through the Search DM workspace.

For both “auth/login” and “auth/roleLogin” REST endpoints, in case of incorrect credentials, the Response Status is set to 401 (Unauthorized). Also, in the Response Body, only data with non-null values are returned.

For the “auth/login” REST endpoint, in case of correct credentials and existence of multiple roles assigned for the current user, the set of the available roles is returned.

The client application of SPDRM is running under 64bit flavours of Linux and MS Windows.

For details, refer to the System Requirements document.

Customers who are served directly by BETA CAE Systems, or its subsidiaries, may download the new software and documentation from their account on our server. They can access their account through the “sign in” link at our web site.
Contact us if you miss your account details. The Downloads menu items give you access to the public downloads.
Customers who are served by a local business agent should contact the local support channel for software distribution details.

All files required for the installation of this version reside in the folder named: “SPDRM_v1.7.2” and are dated as of November 10, 2022.

These files should replace any pre-releases or other files downloaded prior to that date.

The distribution of this version of SPDRM is packaged in one, single, unified installation file that invokes the respective installer and guides the procedure for the installation of the required components (i.e. SPDRM server and client).

Earlier software releases are also available in the sub-directory called “Previous_Versions” or in a folder named after the product and version number.

BETA CAE Systems is a private engineering software company committed to the development of state of the art CAE software systems that meet the requirements of all simulation disciplines. The company’s products, the ANSA pre-processor/ EPILYSIS solver and META post-processor suite, and SPDRM, the simulation-process-data-and-resources manager, hold a worldwide leading position across a range of industries, including the automotive, railway vehicles, aerospace, motorsports, chemical processes engineering, energy, electronics, heavy machinery, power tools, and biomechanics.