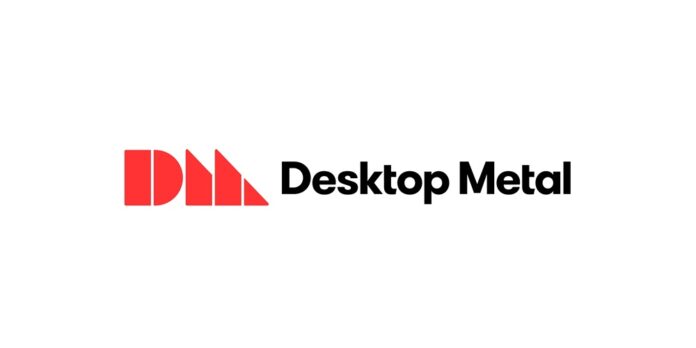 Parts produced with standard acrylate-based resins used in DLP 3D printing today are prone to shattering or fracturing upon impact. For decades, the 3D printing industry has been working to incrementally improve these material properties and deliver more durable and elastomeric properties.

DuraChain photopolymers solve this challenge with a breakthrough approach that leverages the Photo PIPs process to produce tough and resilient end-use parts while eliminating the need for a two-part resin. When illuminated during DLP printing, DuraChain materials phase separate into two parts at the nano level and then cure into a resilient, high-performing network that offers a variety of benefits. DuraChain was developed by Texas-based Adaptive3D, which was acquired by Desktop Metal in 2021.

Unlike two-part resins, DuraChain photopolymers demonstrate a long pot life of roughly one year, depending on environmental conditions, making them more suitable for volume production and reducing waste from spoiled, unused material.

“DuraChain photopolymers signal a new era in DLP printing that delivers material properties that compete with thermosets in a long pot-life material,” said Ric Fulop, Co-Founder and CEO of Desktop Metal. “Parts printed with DuraChain resins are high performing in a wide range of temperatures and offer other important benefits that will quickly lead to new material innovations in DLP printing.”

The Challenge of Commercializing Photo PIPS

Photopolymers that cure using the Photo PIPs process have been studied by researchers for years but have not been broadly commercialized – primarily because DLP 3D printing hardware has struggled to print the high viscosity resins required to make use of this process.

Most DLP systems feature a bottom-up printing process in which a projector is placed below the build area and illuminates each part layer through a transparent tray, while the part advances upward suspended to a build tray. Because Photo PIPS resins require more energy to cure and are relatively heavy compared to standard resins, they are challenging to suspend from a build plate during bottom-up DLP printing.

Desktop Metal’s DuraChain materials will be printable on one of the additive manufacturing industry’s only top-down DLP systems, the ETEC Xtreme 8K.

A New Line of DuraChain Photopolymers

Several DuraChain materials will be exclusively available on the ETEC Xtreme 8K: Elastic ToughRubber (ETR) 70 and 90, both of which are offered today and which differ in Shore A durometer value. ETR 70 is available in Black while ETR 90 is available in both Black and Blanc, which produces white parts that can be dyed to any color for production.

ETR is already being used to 3D print end-use parts. A case study showcases how Dustless Tools, a maker of construction and industrial vacuum systems based in Utah, uses the rugged ETR material to domestically produce its DustBuddie for demolition hammers. The rugged application requires the material to have high energy return, tear strength, resilience and other durability properties.

Additionally, a new video also showcases the use of ETR 70 Black by Aerosport Additive, a premium service bureau for 3D printed prototypes and production parts outside of Columbus, Ohio. Aerosport has purchased several ETEC Xtreme 8K printers and serves the aviation, automotive, medical, electronic, and military industries, among others.

Parts 3D printed in a variety of DuraChain materials will be on display May 17-19 in Detroit at RAPID + TCT, North America’s largest and most-influential additive manufacturing event. Desktop Metal’s production-capable printing platforms for metals, polymer, elastomers, ceramics, composites, and upcycled wood materials will be showcased in Booth No. 3301 at the main entrance of the show.

Desktop Metal, Inc., based in Burlington, Massachusetts, is accelerating the transformation of manufacturing with an expansive portfolio of 3D printing solutions, from rapid prototyping to mass production. Founded in 2015 by leaders in advanced manufacturing, metallurgy, and robotics, the company is addressing the unmet challenges of speed, cost, and quality to make additive manufacturing an essential tool for engineers and manufacturers around the world. Desktop Metal was selected as one of the world’s 30 most promising Technology Pioneers by the World Economic Forum, named to MIT Technology Review’s list of 50 Smartest Companies, and the 2021 winner of Fast Company’s Innovation by Design Award in materials and Fast Company’s Next Big Things in Tech Award for sustainability.