EON Reality Adds Eight New Members to its Advisory Board 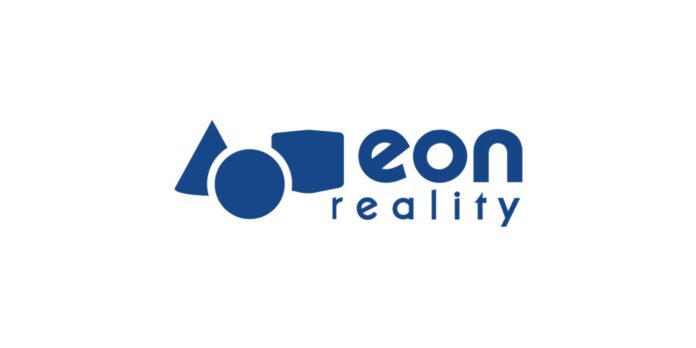 President Rosen Plevneliev is the fourth democratically elected President of the Republic of Bulgaria (2012-2017). During his presidency, his transformative agenda focused on education, high technology and innovation, and a green, energy-efficient economy. He set national priorities for innovation in e-government, e-voting, modernization, connectivity, vocational education systems, long-term public planning, and energy efficiency, among other areas. His commitment to forward-thinking and environmentally conscious digital technologies at the government level makes him a vital asset to EON Reality.

The former Prime Minister of Romania (2012-2015), Victor Ponta is also a prosecutor who founded the liberal PRO Romania party. Ponta’s working knowledge of Romanian politics, industries, and culture will better help EON Reality expand the knowledge metaverse within the country.

Before Ivo Josipović was President of the Republic of Croatia (2010-2015), he was a university law professor, a member of the Croatian parliament, and a composer who has received numerous Croatian and international art prizes and awards, among them the Grand Prix of the European Broadcasting Union and two Porin Croatian Record Awards. Josipović will be instrumental in advising EON Reality on how to better serve university professors in Croatia and bring EON-XR solutions to the arts.

Howard Bilton is Chairman and Founder of The Sovereign Group, one of the world’s largest privately-owned consultancies specializing in providing offshore trusts and companies and associated international tax advice. As a visiting professor at Texas A&M University, he assists with their LLM and Master’s degrees in International Tax and Offshore Centers. In Hong Kong in 2003, Bilton formed The Sovereign Art Foundation (SAF), a multi-national charitable organization that offers a spectrum of art prizes designed to increase the exposure of artists in the region while raising money to help disadvantaged children.

Aside from serving as the Executive Vice Chairman of the International Press Institute, Ken Woosuk Choi is also the Vice President of the Journalist Association of Korea and former President of the Korea Automotive Journalist Association. Choi became familiar with EON Reality through his role as a founding member of the Asian Leadership Conference, where the company’s Chairman and Founder, Dan Lejerskar, has spoken multiple times. Under Choi’s guidance, the Asian Leadership Conference has become one of the most premium gatherings for international experts on politics, business, technologies, and more.

Dr. Anand Govindaluri is the Founder and Chief Executive Officer of Govin Capital, a Singapore-based investment company that he started in 2014 with a focus on Digital Health and Technology. His experience in both the health field and technological innovation make Dr. Govindaluri a massive addition to the advisory board, bringing with him 19 years of active investment management experience, more than 55 investments and 20 exits.

As the CEO of EON Reality’s partner, National Technology Enterprises Company since 2010, Anas Meerza has also started several technology companies in Kuwait specializing in industrial applications, web-based applications, information technologies and more. Meerza’s extensive knowledge and experience in the technology world previously landed him at the Kuwait Institute for Scientific Research for 11 years, and he’s both published and presented several local and international research papers.

Francis Galbally brings over 30 years of international business experience to EON Reality’s advisory board. As an attorney, Galbally authored and lectured on areas of law ranging from taxation, insurance, franchising and professional practice. As an investor and corporate advisor, the Australian Galbally specializes in technology, environment, and several other sectors. Outside of his investing career, Galbally’s first-hand operational experience comes from building Senetas Corporation Ltd from a small company to one of Australia’s largest technology powerhouses.

For EON Reality, the addition of eight new board members is perfectly timed, following on the heels of the company’s 2021 success. The COVID-19 pandemic solidified EON-XR as the global standard for code-free XR learning and training solutions, and the California-based company is ready to push its accomplishments to new heights around the world as a part of the post-pandemic recovery and society.

“Bringing these new board members to the EON Reality team is what we need at this point. Now that countless users in dozens of countries have recognized the power of EON-XR, these members will help us expand and improve our global network while helping us secure investors and stakeholders,” Lejerskar says. “These new team members are among the top minds and the most qualified people in the world for these roles, and I look forward to developing our business strategy together.”

EON Reality is the world leader in Augmented and Virtual Reality-based experience creation for education and industry as well as the creators of the Knowledge Metaverse. EON Reality’s 23 years of success are tied to its belief that knowledge is a human right and should be available, accessible, and affordable for every human on the planet. To carry this out, EON Reality developed and launched EON-XR, a SaaS-based platform dedicated to the democratization of XR content creation that brings code-free XR development and publishing to smartphones, tablets, laptops, and XR-focused devices. EON Reality’s global network of more than 1.4 million users is building the Knowledge Metaverse in more than 100 locations and has created the world’s leading XR library for education and industry with over 2.16 million 3D assets and counting. For further information, visit www.eonreality.com.