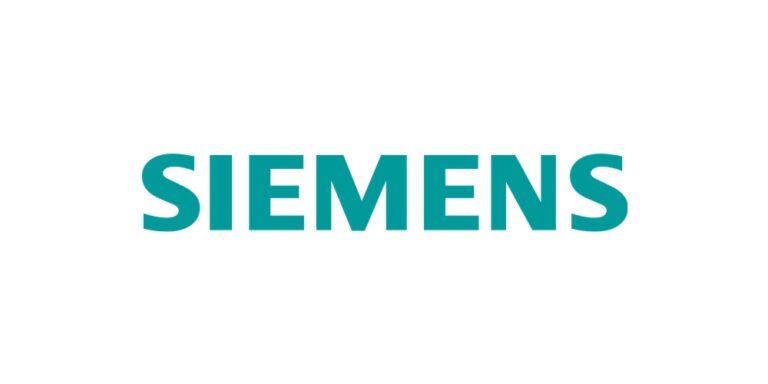 MUNICH, Germany, Oct 13, 2022 – On October 12, 1847, Siemens started operations as a small factory workshop with ten employees manufacturing pointer telegraphs, in a courtyard tucked away behind a building on Schoeneberger Strasse in Berlin. Now, 175 years later, Siemens has more than 300,000 employees around the world and, with around €62 billion in annual revenue, is one of the world’s largest technology powerhouses. On October 1, 1847, 11 days before operations began, Werner von Siemens and precision mechanic Johann Georg Halske had completed the company’s official founding. Today, October 12, 2022, Siemens is marking its 175th birthday with a celebratory event at the Schaltwerk factory in the Siemensstadt section of Berlin. German Federal Chancellor Olaf Scholz, together with numerous guests from the realms of politics, business and academia will join the anniversary event.

“Siemens laid the foundation for the industrial age 175 years ago”, said Federal Chancellor Olaf Scholz. “With its innovations today, Siemens is also helping to drive the digital and ecological double transformation. I would like to offer my sincere congratulations on 175 years in which Siemens has electrified, moved, connected and reinvented the world again and again. In short, 175 years of success made by Siemens, made in Germany!”

“Siemens keeps reinventing itself – to anticipate new technologies and trends in order to remain relevant for our customers in the decades ahead,” said Roland Busch, President and CEO of Siemens. “We want to continue to play a leading role in helping customers and communities to tackle their biggest challenges now, and in the future. On our 175th birthday, Siemens is fit for the future and extremely well positioned in terms of strategy, business and technology and leading the way when it comes to digitalization and sustainability.”

Since Siemens was founded, the company has not only been an employer of, but also a home to, and a way of life for, millions of people. To date, a total of around four million people worldwide have worked for the company. As far as countries are concerned, Germany remains Siemens’ biggest business location. In fiscal 2021, the company employed around 86,000 people and generated revenue of more than €11 billion in Germany. In the German market alone, the company hired around 4,000 people in fiscal 2021.

“Siemens has now been an inseparable part of Berlin for 175 years,” said Governing Mayor of Berlin Franziska Giffey. “Generations of people have worked at the various locations, above all in the Siemenstadt district, for this global company from Berlin. The world has Siemens to thank for a multitude of inventions and developments that have changed and improved our lives. As innovations of their day, they have all been of great technical and economic significance, and were also associated with Berlin. Fully in keeping with the company tradition, this success story is now being continued digitally with the Siemens campus. We’re proud to have Siemens, a strong company of international importance, here in Berlin.”

Over the past 175 years, Siemens has made industrial and technological history, transforming the everyday lives of people around the world. Werner von Siemens achieved one of the most important innovations in 1847 when he constructed the pointer telegraph, the future global company’s first product. His invention made it possible to use electricity to transmit messages much quicker and more reliably over long distances. Such advances marked the beginning of global connectivity. Even more groundbreaking was Werner von Siemens’ invention of the dynamo machine in 1866. This typewriter-sized box was the first device able to convert mechanical energy into electric power economically, and this capability paved the way for the age of electricity.

Siemens, however, has done more than just set technological milestones. The company was also ahead of its time in respect of to social issues. For example, the company introduced a pension fund for its employees back in 1872. In Germany, it was not until around 20 years later that comparable governmental benefits were enshrined into law.

“We’re part of an epochal change like the most recent one that the world experienced in the 19th century,” said Nathalie von Siemens, a descendant of the company’s founder. “Looking back 175 years, it was the beginning of the industrial revolution, which Werner von Siemens helped usher in. Today, digitalization is transforming our societies as profoundly as industrialization and the spread of electricity did back then. Werner’s experiences remain highly relevant for us to this day. And the company he founded is once again helping to shape and drive an epochal change.”

Today, Siemens focuses on the fields of industry, infrastructure, transportation and healthcare – and is a leading technology company in digitalization. Since 2008, Siemens has invested €10 billion in software companies. In fiscal year 2021, Siemens spent around €5 billion on research and development, and Siemens researchers registered around 4,500 inventions. That’s around 20 inventions per working day. To shape the digital transformation, Siemens brings hardware and software together, combining the real and digital worlds in operational technology and information technology. These capabilities enable customers and partners to increase their productivity and competitiveness and accelerate innovation.

More information on Siemens’ history are available at:
www.siemens.com/175years-chronology.

Siemens AG (Berlin and Munich) is a technology company focused on industry, infrastructure, transport, and healthcare. From more resource-efficient factories, resilient supply chains, and smarter buildings and grids, to cleaner and more comfortable transportation as well as advanced healthcare, the company creates technology with purpose adding real value for customers. By combining the real and the digital worlds, Siemens empowers its customers to transform their industries and markets, helping them to transform the everyday for billions of people. Siemens also owns a majority stake in the publicly listed company Siemens Healthineers, a globally leading medical technology provider shaping the future of healthcare. In addition, Siemens holds a minority stake in Siemens Energy, a global leader in the transmission and generation of electrical power. In fiscal 2021, which ended on September 30, 2021, the Siemens Group generated revenue of €62.3 billion and net income of €6.7 billion. As of September 30, 2021, the company had around 303,000 employees worldwide. Further information is available on the Internet at www.siemens.com.