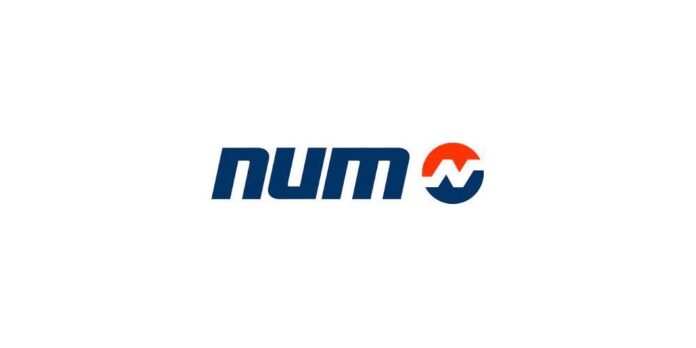 Founded in 1998, Palmary Machinery has grown to become one of the world’s leading manufacturers of CNC grinding machines. Based in Taichung, Taiwan, the company has nearly 200 employees and operates two large production facilities with more than 20,000 square meters of space. It produces a wide range of manufacturing automation – including centreless, cylindrical, internal, vertical and surface grinders – which is sold worldwide through an extensive sales and support network. The company’s principal markets are in the USA, Europe, China, Taiwan and Japan. Currently, there are over 6800 Palmary grinders in daily service, manufacturing nearly 4000 different types of component parts.

Palmary Machinery has traditionally based its automated grinders on CNC systems produced by manufacturers such as Fanuc and Fagor. However, back in 2017, following Palmary’s acquisition of Top Work Industry – another Taiwanese company that specialises in CNC tool cutters and grinders – it became aware of the unique advantages of NUM’s tool grinding software.

As Johnny Wu, General Manager of NUM Taiwan, explains: “Top Work and NUM have collaborated very successfully for years. A number of its products are based on NUM’s Flexium+ CNC platform and use our NUMROTO software, which presented Palmary with a very good image of NUM’s technology. When we added non-circular grinding capabilities to NUMgrind in 2020, Top Work immediately drew this development to the attention of its parent company. After fully evaluating the software and host Flexium+ platform, Palmary has elected to adopt NUM’s CNC systems for its CAM series of cylindrical grinders.”

Palmary launched its CAM series of CNC cylindrical grinders in 2020. The grinders met with considerable acclaim – and won the prestigious 28th Taiwan Excellence Award. The family now comprises four models, offering a choice of workpiece length capacities from 250 mm to 1000 mm, which are used in a wide variety of automated manufacturing applications, such as the production of camshafts, crankshafts, cams and eccentric shafts.

According to Tiger Wang, General Manager of Palmary, “Until now, the CNC systems we used in our CAM series machines necessitated our customers using third-party software to generate the grinding path. However, NUM’s CNC technology provides a complete, fully integrated solution. This has several important advantages. It effectively gives us a ‘one-stop shop’ for the machines’ CNC hardware and software, furnishes a very ergonomic, unified HMI (human-machine interface) for machine operators, and offers considerable flexibility for customisation and future development.”

The first Palmary machine to be equipped with NUM’s CNC technology is the OCD-32100CAM cylindrical grinder. Capable of accommodating workpieces weighing up to 150 kg and as long as 600 mm, this machine features a direct drive spindle motor (C axis), a brushless servomotor with a precision angle decoder for dynamically controlling the grinding position (Z axis), and a linear motor with a precision optical scale for very accurate control of the grinding wheel in-feed (X axis). Each of the three motors is driven by a NUM MDLUX drive.

The machine’s new controller comprises a NUM Flexium+ CNC system, with an FS153 operator’s panel and an MP06 machine panel. The system’s NUMgrind software helps to completely automate non-circular grinding. The operator simply determines the sequence of the process via the HMI and enters the necessary grinding data. Programming is further simplified by the fact that the HMI is supported by a comprehensive library of 15 predefined external shapes, including eccentric circles, hexagons, pentagons, polygons, Reuleaux triangles and rhombic. Palmary’s customers can also import any customised profile of their choice in the form of a standard DXF file, without involving any third-party CAD/CAM software.

NUMgrind enables machine operators to define the closed shape of the workpiece in the XY plane. Grinding is subsequently performed by interpolating or synchronizing the X axis with the C axis. The Flexium+ CNC system’s NCK transforms the contour from the XY plane into an XC plane, and calculates the corresponding compensation and in-feed movements, taking the grinding wheel diameter into account. The speed profile is also transformed, so that the speed and acceleration are automatically adapted to suit the physical attributes of the machine.