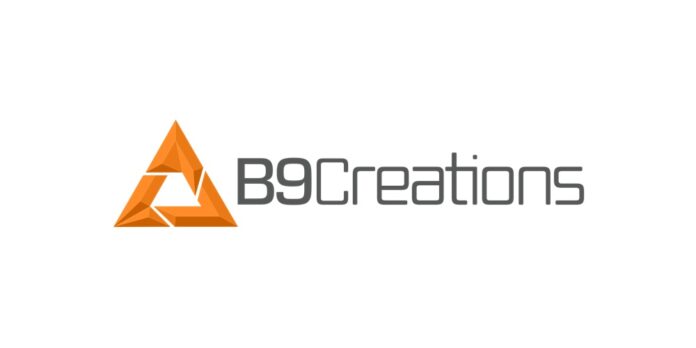 RAPID CITY, SD, USA, May 20, 2022 – B9Creations, a South Dakota-based provider of 3D printing solutions, hosted an event to celebrate the company’s 10th anniversary and the community partners, customers, and employees that have enabled their success.

B9Creations is headquartered in Rapid City, South Dakota with offices and personnel in Dallas, Texas and Denver, Colorado. The company has become the industry leader in production, speed, and value across its 3D printing hardware, software, materials, and services. It now stands as the additive manufacturing market leader in high-precision applications such as healthcare, aerospace, prototyping and manufacturing, research, and jewelry production – serving notable brands like Johnson & Johnson, Hasbro, Riddle’s Jewelry, Made in Space, Procter & Gamble, and more.

B9Creations got its start among several other technology startups in the Economic Development Building on the South Dakota Mines campus, and its team, which has grown to about 50 employees, now operates out of its own 18,000-square-foot facility. “After spending four years in the old Economic Development Building, hosting our 10-year anniversary celebration in the new Ascent Innovation center was a special connection point for us,” said B9Creations CEO, Shon Anderson.

In 2021, B9C’s payroll in the Black Hills region was $3m+, with additional, non-payroll expenditures with local businesses totaling nearly $600k. Total non-payroll expenditures in South Dakota were $1m+. With an average salary well above Rapid City’s average and a commitment to sourcing goods and services locally, B9C makes a significant impact on the local economy.

“B9Creations’ story is of a technology company born in a Black Hills basement. And it’s no coincidence that the company has continued to thrive here. The three heroes in B9Creations’ story – our community partners, customers, and employees – are the driving force behind our continued growth trajectory and this flourishing, tech-based economy forming in our small community,” said Anderson.

Anderson described B9Creations as “always the underdog” – competing with booming hubs of tech innovation like Silicon Valley, but still, never considering leaving South Dakota and the tight-knit community that is enabling this tide of high-growth technology companies.

“Here in South Dakota, we’re big enough that you have access to the capital, banking partners, talent, and the resources that you need – but small enough that you matter,” said Anderson.

B9Creations’ additive manufacturing solutions are being leveraged by a diverse range of customers in industries ranging from jewelry and entertainment to education and research, aerospace and defense, dental, and beyond.

As a global provider of professional 3D printing solutions, B9Creations has become the industry leader in production, speed, and value. It now stands as the additive manufacturing market leader in high-precision applications such as medical, jewelry, prototyping and manufacturing, research, and model making. B9Creations is headquartered in Rapid City, South Dakota in the United States, with offices in Dallas, Texas and Denver, Colorado, and serves customers and certified dealers in nearly 70 countries across the globe. Find us online at b9c.com, on Facebook, Twitter, Instagram, YouTube, and LinkedIn.