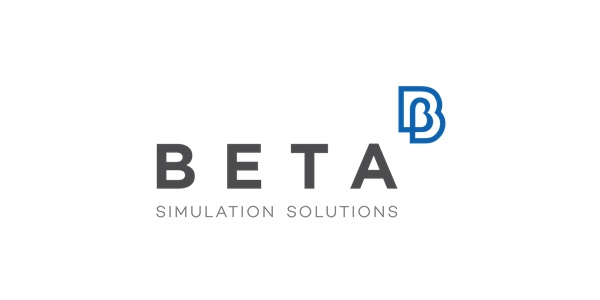 Unexpected termination would occur while editing a material database path within Settings.

Unexpected termination would occur when an empty configuration was activated.

Unexpected termination would occur throughout the following cases:
– upon activation of Auxiliaries > GEB [GEB GN], when GEB was attached to Rigid material – upon Input/Output of A_POINTs, due to erroneous definition of not Applied entities – upon editing of an existing Thermal loadset, under NASTRAN > THERMAL [Applied Heat]

The Beam Optimization tool would terminate unexpectedly right after starting, when no model was open in ANSA.

MUMPS linear solver would fail, when memory was set to “unlimited” during an “IN ANSA” solution.

META would unexpectedly terminate, when deleting a window during animating.

Default settings for loading stress results on shell elements corners were not respected and scalar results on nodes of CBAR beams could not be read correctly.

Cases of wrongly interpreted results have been combatted including:
PIDs from conjugate heat transfer Converge cases in .h5 format and Vector results on nodes of CBAR beams for Ensight.

FMVSS 201U: File paths on Windows OS were not read correctly from the configuration file.

Low Speed Impact:The toolbar could not read results in Linux.

The variance estimation of the predictions was not computed correctly.

Feature based group prediction would return zero (0) values for all but the last predictor, when few predictions were requested.

META Project files saved from version 22.0.2 are compatible and can be opened by META version 16.0.0 or later.

Support for Mac OS has been discontinued.

Support for 32-bit platform has been discontinued for all operating systems.

Customers who are served by a local business agent should contact the local support channel for software distribution details.

All files required for the installation of this version reside in the folders named  “BETA_CAE_Systems_v22.0.2” and are dated as of January 28, 2022. These files should replace any pre-releases or other files downloaded prior to that date.

The distribution of this version of our pre- and post-processing suite is packaged in one, single, unified installation file, that invokes the respective installer and guides the procedure for the installation of the required components.

For the installation of the software on each platform type, download from the respective folders, the .sh file for Linux or the .msi file for Windows.

In addition to the above, optionally, the META Viewer is available to be downloaded for each supported platform.

The Abaqus libraries required for the post-processing of Abaqus .odb files are included in the installation package and can be optionally unpacked.

Earlier software releases are also available in the sub-directory called “Previous_Versions” or in a folder named after the product and version number.

BETA CAE Systems is a private engineering software company committed to the development of state of the art CAE software systems that meet the requirements of all simulation disciplines. The company’s products, the ANSA pre-processor/ EPILYSIS solver and META post-processor suite, and SPDRM, the simulation-process-data-and-resources manager, hold a worldwide leading position across a range of industries, including the automotive, railway vehicles, aerospace, motorsports, chemical processes engineering, energy, electronics, heavy machinery, power tools, and biomechanics.